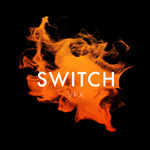 Five Canadian colleges with outstanding animation and visual effects programs have been chosen to grant the Switch VFX & Animation Scholarship Awards — $1,000 per annum financial endowments to be administered by each administration based on criteria developed in coordination with the Toronto-based studio and outlined for each program.

“We encourage each school to reward a current student with a passion for the work, a well-rounded overall talent, who demonstrates initiative with a collaborative attitude,” said Pete Denomme, Sheridan Alumni and CEO/Executive Producer at Switch. “Cultivating this form of digital artistry is critical to growing our Canadian talent pool and keeping this expressive field alive and thriving. I encourage our colleagues to join us in supporting the future of our industry”.

Details of the Scholarship Awards below. Further inquiries should be directed to school program directors.

Awarded to a student in the Animation Program enrolled in the Faculty of Media and Design who is a team player, hard worker and demonstrates initiative.

Awarded to a student in their final year of the 3D Animation program who shows academic excellence and is nominated by the instructor. (Student must possess a minimum of a 3.0 GPA in order to qualify.)

Recipient must be enrolled full time in Animation – 2D/3D Program, must be in the second year of the program, must have a GPA Average of at least 2.0, must be a team player who is hardworking and shows initiative, and shows potential in the well-roundedness of their overall talent.

Presented to a student in the Visual Effects program who shows the most potential in the well-roundedness of their overall talent. The student will excel in visual effect

Great article on #ALTErEDCArBON in @cinefexNOW this month. Proud of our work #VFX

Thanks for the posting @3dtotal #VFX #Alteredcarbon

Charlie and his classmates win the science fair in The Perfect Project, An Animated Short Film About Autism. Check out the trailer here https://vimeo.com/391284528

Switch VFX: What We Do In The Shadows
Reality is about to get a lot weirder in…The World According to Dave
CareMongering – VFX/Animation Industry Ontario